“Well, that wasn’t too bad,” I said, leaning back in my seat. “Glad we got to be alpha readers.”

“Too bad?” Nate snorted. “I’d say it was one of the greatest works of…I don’t know, of all Nanodom.”

“It was pretty good,” Max agreed. “But boy, I thought I hated that MC so much that I would never like her, but that ending was so good I found myself yielding.”

“So, does Maggie get all this writing skill from hanging out in her attic corner?” Allen asked. “Because if she does, then we need to move posthaste from this building and into an attic. How come when her characters–“

“Hold it there, Allen!” I cut him off, holding up my hand. “I know what you’re thinking, and saying it would be two spoilers at once, which is unforgivable.”

“I still haven’t forgiven you for what you did in All Things,” Allen said dejectedly.

“Not sure I have either,” I replied in a low tone.

“Speaking of All Things,” Max said, standing up. “We’ve got work to do on that.”

All the rest of us groaned.

“We can take a break from All Things,” Max said. “If you want to work on The Minstrel instead.”

“Come to think of it, All Things sounds like a better idea,” Allen agreed.

“Of course you think that,” Nate laughed. “Why not start on a sequel for–“

“We’ve already discussed this,” I cut him off, rising to my feet.

I was interrupted mid-sentence by the crackle of the intercom, “Commander, message came through for you. Your presence is required in the music room.”

“Music room?” Max exclaimed, jumping up. “What in the world do you need to go in there for?”

I sighed and dropped into my seat again, wiping my hand across my face.

“Well?” Max asked. All the others in the room sat staring at me in surprise.

“I don’t exactly know how I got into this, but somehow I’ve been coerced into doing not one, but two songs in our Church Christmas recital. I, who hardly can sing better than a chicken laying an egg.”

“Elijah has something to do with this, doesn’t he?” Nate said, trying to suppress a grin.

“Nope. I mean, he is in one of the songs, but it’s my own fault I fell into these traps. He’s got nothing to do with organizing them.”

“You’ve got to be joking,” Allen said with a smirk. “Well, have fun. I hope we still have the key to that room.”

“Nope,” Max said, turning to the wall and opening the key box. “Here’s the spare, right here. You lost the other one when your voice changed.”

I took the key and dutifully trudged towards the elevator, hanging my head. I could hear Nate stifle a chuckle as I closed the door. As I walked down the hall I hardly glanced at the girl leaning comfortably against the wall.

“That’s Sir to you, Libby Lou,” I reply without looking up. Two strides later I stop short and spin around. “Wait! Lib! How did you get in here? This sector is off limits!”

“Doctor Google let me in since I helped him with his Hangout Bot,” the girl smiled.

“Take this girl and lock her up with Writer’s Block!” I ordered, spinning on my heel and continuing towards the elevator as Tebo locked a pair of handcuffs on the girl’s wrists. “And tell Dr Google to turn off that little hangouts bot of his!”

I jammed my thumb at the elevator down button, breaking my fingernail in the process. The doors began to open and I shoved my hand into the gap to force them open faster, and stomped inside. The elevator moved all too quickly yet too slowly to the bottom floor. I was not looking forward to this whole singing business.

I reached the corridor in the basement of the office complex and began to trudge dolefully along it, like a prisoner heading to execution. I passed the Math room and glanced inside, a jumble of crumpled papers, dry pens, broken pencils, and the overturned desk, topped off with the pieces of the chair I had smashed in my frustration. The door had also been battered down in one of my tirades. I shuddered and moved along.

Next was the non-fiction room. It was much cleaner than last time I had used it, and didn’t look nearly as daunting. I remembered with a smile the work Dr. Google and I had done to transform it from a terror to an enjoyable time. I only hoped singing would be the same.

Finally I reached the music room door. The metallic surface was rusted and obviously neglected. I shivered, then determinedly pulled the key from my pocket and thrust it into the lock. I had to throw all my weight into turning the key in the rusted lock, but it finally clicked and the metal door creaked open nosily.

“Probably how my voice sounds,” I muttered as I stepped inside the dark room and pulled the chain on the single light bulb. It flickered to life, revealing the shadow covered contents of the room. Cobwebs hung on everything, the music stands, the old piano along one wall, my guitar I had tried to learn and flunked. My footsteps echoed as I walked to the center of the room.

“It’s not like I never sing,” I said shakily, peering into the dark shadows that still shrouded the corner. “Just not for real enough to have to come in here.” I finished the sentence with a shudder. My voice reverberated around the room eerily.

“Well,” I said to myself again. “I’d better start by practicing the guy’s song.”

I pulled the paper from my pocket and unfolded it. O come, O come, Emanuel.

I went through the first verse and stopped.

“At least you’re not tone deaf,” Someone commented from behind me. I spun around to see Paul leaning against the wall.

“Why are you here?” I gasped in embarrassment.

“You asked me what I thought of your singing the other day.” he said with a shrug.

“I’d forgotten about that,” I replied. I must have been sleep talking. “Well, since you’re here, the room is yours. You belong in it far more than I do.”

Paul straightened (he was a lot taller than me) and hit a light switch on the wall. Bright light filled the room, making it seem less spooky.

“That’s better,” I said, looking around with satisfaction.

“You mind if the others that I brought come in?” Paul asked with a grin.

“Come on in, guys,” Paul called out the door.

Garret, Jon, Noah, Mason, Joel, and the rest filed in. Then all the people from both groups that I’d be singing with filled the room. Wesley even brought his guitar. Of course, Elijah was there. I winked at him. With other people there, it didn’t seem as scary as before.

We went through both songs, O come, O come, Emmanuel with the boys group, and What Child is This? with the mixed group. We played around, laughed, joked, and had a lot of fun. It hadn’t really occurred to me that singing and fun could happen at the same time. Over all, I had a great time.

“What are you all doing in here?” Officer Tebo demanded, sticking his head in at the door after we had finished practicing a few times. “None of you have clearance to be in this building! Everybody out!”

“Hate to tell you guys, but he’s right,” I said with a shrug. “None of you have passes, so I should throw you all in the cells with Liberty. But I’ll let you go. Thanks for helping me out. I’ll see y’all to the door.”

We all headed out and made our way to the elevators.

“That was fun,” I commented to Paul.

“I told you it would be,” Paul said with a laugh.

“Now don’t go thinking I’d do it instead of frisbee or anything,” I clarified.

“Bye,” I call, waving to everyone as they leave. I turn around to head back to the Mission Control office when I see you standing there.

“Hey, you don’t have a pass either!” I say. “You’d better get out before I lock you up with Liberty!”

I know, I might be harsh to send you out into the rain of a brainstorm, but rules are rules, even if you did help me with the singing practice.

So, as far as the non-fiction report goes, fact is as strange as fiction. I am actually in two performances at our Church Recital. I know, it’s shocking. And (don’t tell anyone) I actually enjoyed just playing around singing a few random hymns in the foyer after practice.

And I did get to read Maggie’s newest book as an Alpha Reader, and I can’t say anything or it will be a spoiler. 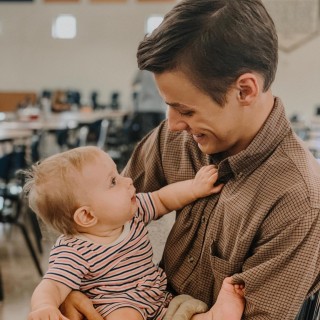